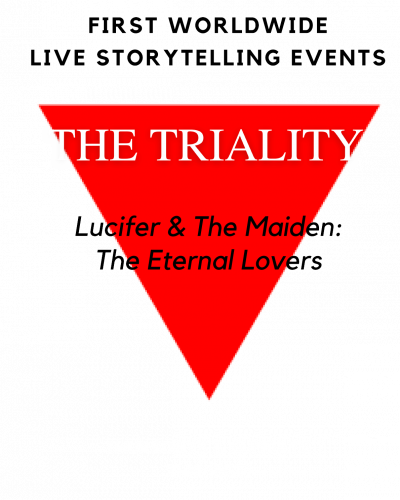 The Complete Union of Two Individuals

The Triality came to life through the chance meeting
of two individuals whom, at first sight,
had nothing in common.
But they soon found out that they were wrong,
as their minds, hearts and bodies melted together,
to create something unique:

A more humane version of life

The Triality World brings you a story about humanity. It tells the tale of the first being who roamed the world… The first love story that became an eternal one. It unveils the most powerful thing that exists in the universe:
The Triality

The Complete Union of two individuals through their thoughts, sentiments & sexuality.

A RETURN TO ORAL STORYTELLING

We are inviting you to return to ancient days,
when stories were passed on by storytellers to the masses.
We are revisiting the mythology to bring you another
version of “what may have happened” so long ago…
We are gathering the whole world inside the same
amphitheater, on selected dates, through new technologies.

Lucifer will explain how he was born, with other “Beings,” during the creation of the universe. He will recall his peers, and explain why he decided to move out of the group and isolate himself on earth.
He will recall the beauty of this planet, and the reasons why it became his first love. It will show that the relationship between Lucifer and earth will play a big role in his future personality, as chaos will become is number one rule, regarding life. He will give his version of his meeting with the Maiden, and how he couldn’t help but be attracted to her. The moments they share. The children that grew up by their side.
He will also jump to the future, to his days inside Luis, to explain how, for the very first time, he almost did not recognize the Maiden, as she was standing right in front of him, inside the body of Stella. He’ll focus on the differences of this life, with all the previous ones, and how it made him feel insecure and worried, until he finally realized why… a little too late. Although The Triality was lived by Lucifer and The Maiden, through their experience from one life to another, it is only during their last and current life, that it was identified under this name. It is Luis and Stella, creators of the Triality World, who actually enclosed the concept into one word.
Lucifer will start at the beginning of the world and go all the way to today, as he introduces The Triality to the world. From genesis to paroxysm, the story will keep listeners on the edge, for an intense hour, to deliver them with one last information, that will change the Triality World forever.

as retold by the Maiden

When the Maiden wakes up on earth, she is already in the body of a developed adolescent.
By her side is a male companion (Adam). They have no idea why they are there, or how they came to be, but their inner memory is sufficiently filled to enable them to start living. Shortly after, the Maiden will start feeling a presence around her. It is soothing and comforting, in this overwhelming world. It is Lucifer, who had been living on earth for thousands of years already, before they appeared.
He rapidly becomes obsessed by the Maiden, as she is so different from anything else he has witnessed on earth before. In this world of chaos, she seems to be going against the grain, moulding the world as she wants it to be. Even if Lucifer is only essence at that moment, they both become fascinated by the other. When the Maiden delivers her first babies (twins), Lucifer cannot stay away anymore. To feel the overwhelming joy she is going through, at that moment, Lucifer will enter into her. This divine moment will leave her longing for him. The Maiden won’t have to wait much longer, as this powerful moment has also changed Lucifer forever. The next morning, for the first time, Lucifer will wake up as a man.
This is the beginning of the story of Lucifer and the Maiden: The Eternal Lovers. How will Adam react to this? Will Lucifer and the Maiden also have kids? Will He turn back into essence? Will she, as well? The Maiden will answer these questions and more. 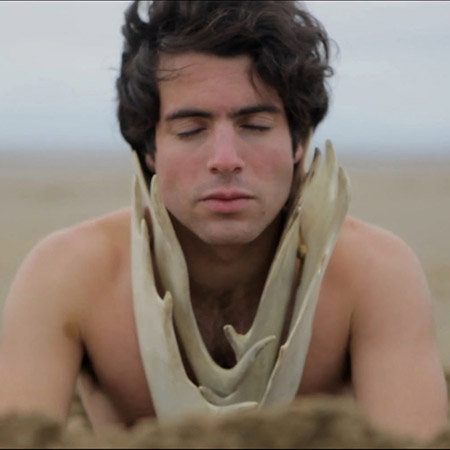 Buy your ticket for July 22

The Story of The Triality

Lucifer tells his story mixing the past and his current life

Lucifer talks about when he was born, first recalling the beauty of our planet and the reasons why it became his first love, before delving into his feelings for the Maiden. He will also talk about his current life, inside Luis, one of the two creators of the Triality World, and Stella, host of The Maiden.

Lucifer will start at the beginning of the universe, all the way to today, as he introduces The Triality to the world. From genesis to paroxysm, the story will keep listeners on the edge, for an intense hour, to deliver them with one last piece of information, that will change the Triality World forever. 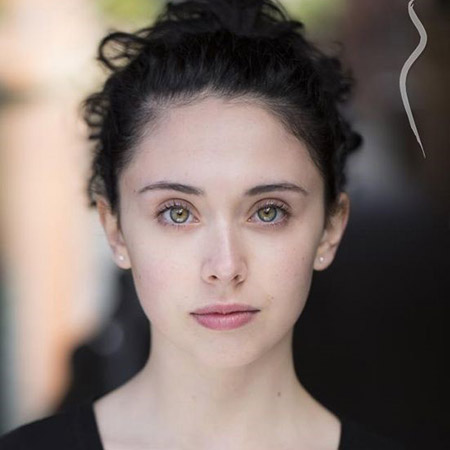 Buy your ticket for July 25

The Garden of Eden

The Maiden tells the genesis of humanity

The Maiden tells how she woke up on earth, became mother to all children of humanity, fell in love with Lucifer and forever became a part of the couple known as “The Eternal Lovers”.